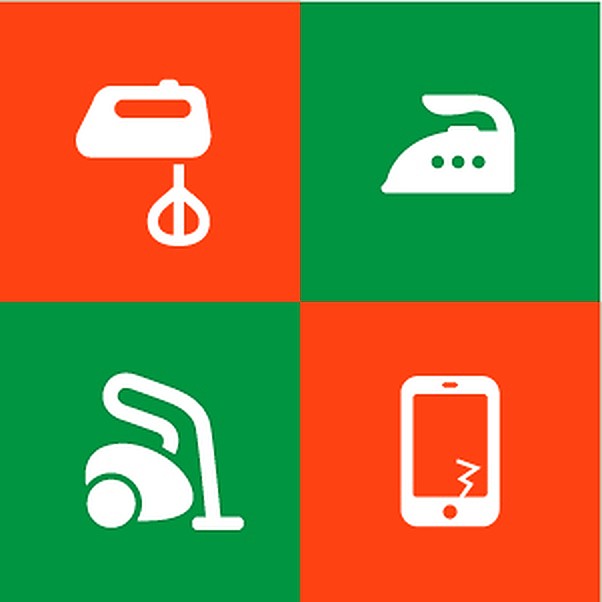 Douwe van der Helm has been active as a repairer at Repair Café Steenwijkerland (the Netherlands) for seven years. During that time, he has not only repaired many things, he has also written down dozens of stories about special repairs. He has now collected these personal and often moving stories in a simple, self-contained publication, with a foreword by Martine Postma.

Below is an advance publication from this unique booklet. Would you like to read the whole book? You can! Order it for (the equivalent of) £ 7 with Douwe van der Helm.

Between the suppliers of defective appliances stood a woman estimated to be around 40 years of age with a beautiful bunch of red/brown curly hair. She was dressed in somewhat faded jeans with white trainers underneath. A short black jacket made her look attractive and self-confident.

From her bag, she took out a board measuring 30 by 30 cm, with a number of sticks on it, each 15 cm high. One of these sticks had broken off. So it had to be repaired. Ha, finally a repair of a wooden object, so my fellow volunteers quickly looked in my direction.

The woman sat down opposite me and took off her jacket. A brightly coloured jumper appeared, matching her reddish-brown hair perfectly. She carefully put the board on the table and fished the broken stick out of the bag.

I counted the sticks; there were 12 of them, including the one that had broken off. At first, my attention was focused on the repair. The stick had broken off just above the place where it was attached to the board. Repairing it meant gluing it.

While I was busy with the gluing, I asked her about the meaning of this little plank of sticks. At first, the woman’s answer was a bit vague. All she wanted to say was that her father had made it for her. Because I could hear the hesitation in her voice, I didn’t push it any further at first. When the repair was finished, I gave her back the board and advised her to let it dry overnight before using it again.

To my surprise, she said she hoped she would never have to use it again in her life. She must have seen the surprise on my face and decided to tell the story about the board.

When she was about 30 years old, she went through a difficult period in her life. Work and private problems were the cause. At first, she sat at home for a long time, lay in bed a lot and did not want to receive anyone. Except for her parents, nobody visited her during that difficult period.

When she realised that this could not go on any longer, she looked for help. She worked very hard on her recovery. Good days alternated with bad. One day, her father came to visit her. He handed her the board with the sticks.

The first few months, the black beads were in the majority, but slowly the white beads got the upper hand. In the end, it was almost only white beads that found their way to the sticks.

Her father had died a few years ago. Fortunately, he had lived to see her full recovery. The board had ended up in a cupboard and had fallen down while cleaning up recently. That’s why she was here with us now.

To prevent the stick from breaking prematurely, I put a piece of tape around it. She could take it off the next day. I hoped for her sake that she would never have to use it again, but would  just give it a nice spot in the house as a memento of her father. 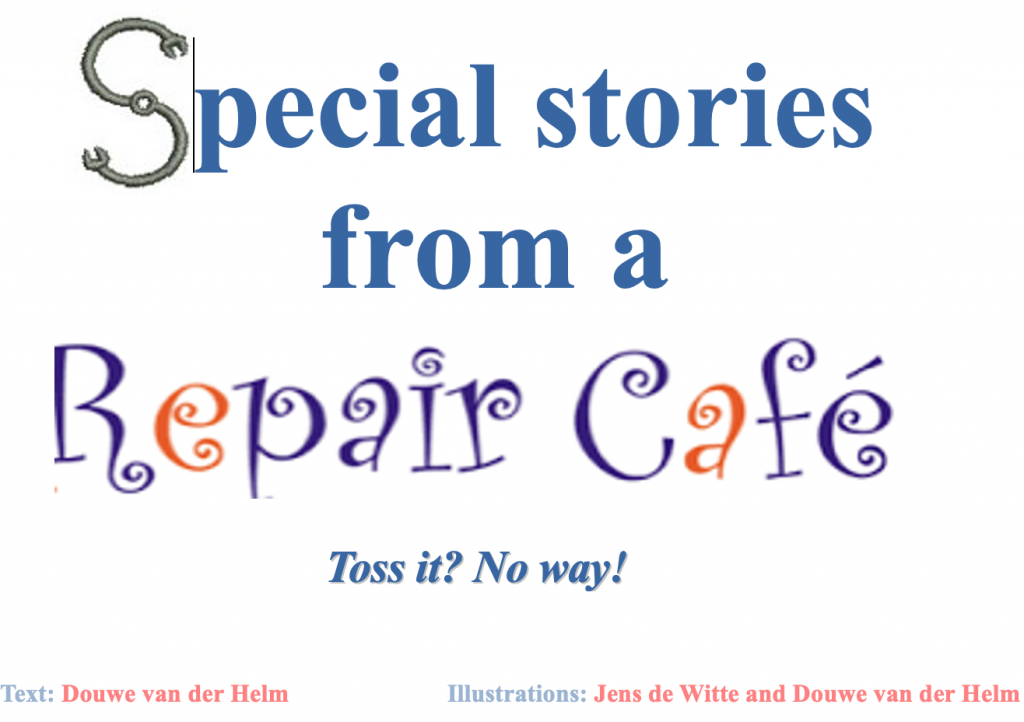 ‘Special stories from a Repair Café’ can be ordered for (the equivalent of) £ 7 with Douwe van der Helm.