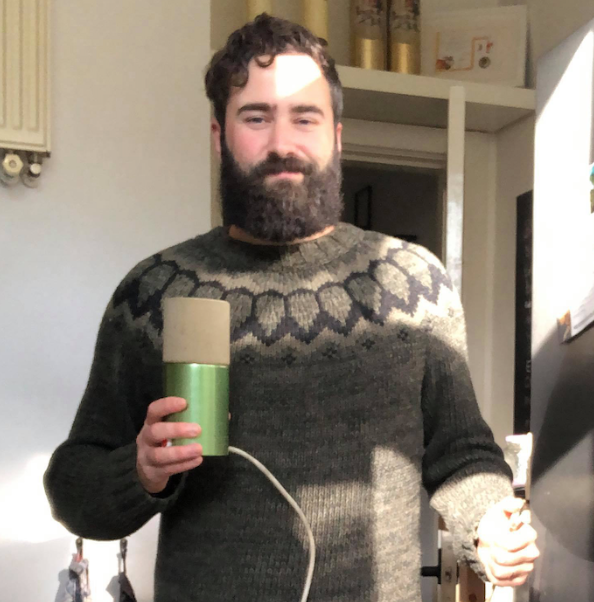 Why do people visit a Repair Café? Some want to avoid waste, others are simply very attached to a particular item. Samuel Zwaan from Utrecht (the Netherlands) has an irreplaceable coffee grinder from the former East Germany.

The coffee grinder has been through a lot. Dictatorship. The construction and fall of the Wall. A move to the West. It has endured it all. But now it doesn’t grind anymore. A while ago it said “PANG!” during its daily work. Short circuit. “I do have a little technical knowledge, but not enough to fix this”, says Samuel Zwaan. Throwing it away was not an option for him. That’s why he is now at the table of Taco van Boven in Repair Café Utrecht-Oost.

“About six years ago I lived in Berlin”, says Samuel. “I was there for a couple of years, for my work as an IT professional. I was looking for an electric coffee grinder at a flea market. I was looking for a German brand. Because German machines are known for their reliability. Then I found this one. It was made in the GDR. For me, it’s a piece of Berlin that I took with me when I came back to the Netherlands.”

No plastic and aluminium parts

According to repairer Taco, the coffee grinder is at least fifty years old. “You can see that from the fact that there are virtually no plastic and aluminium parts in it.” He has detached one part, the interference capacitor, and takes it out with large tweezers. It is what causes the short circuit. Without that part, the device also works fine, Taco explains.

He sees that the piece of cable that goes into the appliance is a bit burnt. He removes that too, by shortening the cable a little. After some soldering, Taco cleverly puts all the parts back in the casing. He screws on the lid, puts the plug in the socket and – yes! The blades spin dangerously again. 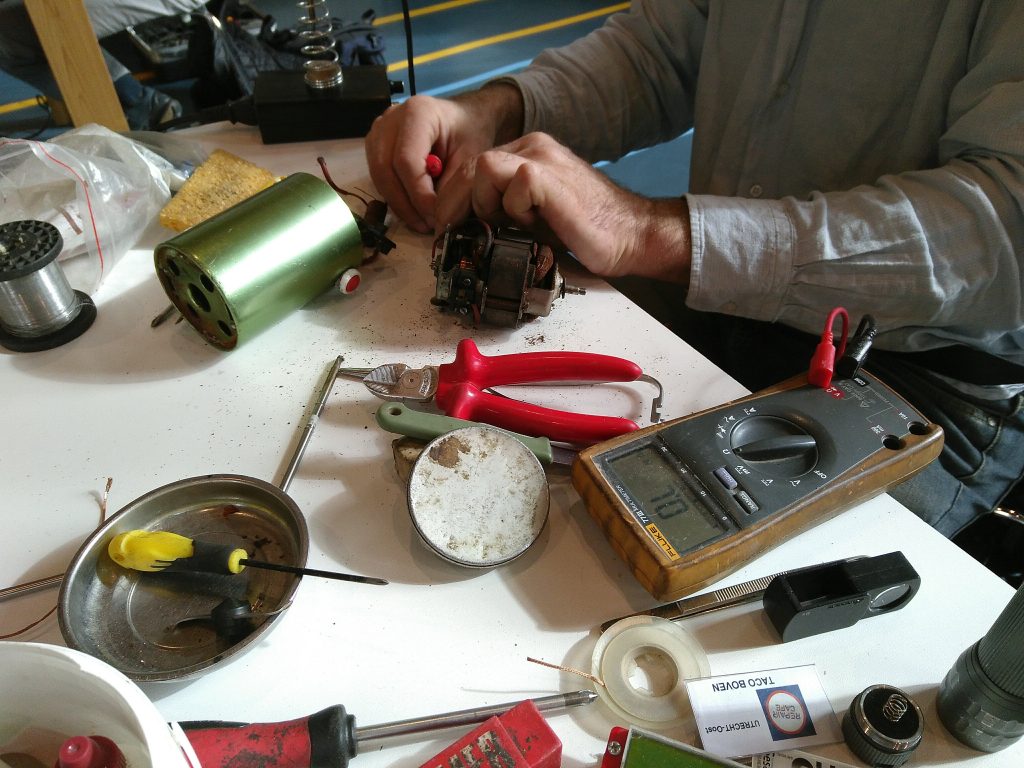 The motto of repairer Taco van Boven: the older an object is, the better it can be repaired

Samuel is happy. “I didn’t know whether it could still be made. Especially because it’s so old.” He shouldn’t have worried about that, says Taco. His motto is: the older the object is, the better it can be repaired.

Come to the Repair Café!

Do you have an irreplaceable item that is broken too? Come to a Repair Café near you!