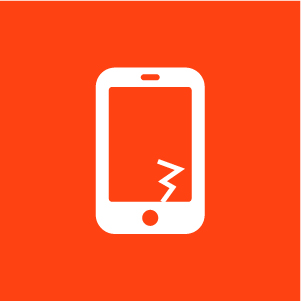 Apart from the petition, Right to Repair Europe also wrote a letter to the European Commission, with demands to make smartphones more easily repairable, to make them last longer and to avoid them prematurely joining the 50 million tons of e-waste that we discard every year. This letter was co-signed by 38 European organisations, among which Repair Café International Foundation.

We call on you to include smartphones and other ICT devices as priority products in the Ecodesign Work Plan 2020-2024, and to confirm this commitment in the Circular Economy Action Plan.

Smartphones and other consumer electronics have rapidly become one of Europe’s most wasteful, resource and carbon intensive product groups. The annual climate impact of Europe’s stock of over 600 million smartphones is more than 14 million tonnes of CO2 equivalent, which is more than the annual emissions of Latvia.

Due to energy intensive processes and rare metals involved, some 80% of the direct climate impact of smartphones results from the manufacturing stage. Moreover, smartphones tend to have a much shorter lifetime than other household electronics, with the average phone lasting a mere three years before being replaced. This results in more than six new phones being bought in the EU every second.

The supply chain of ICT is notoriously problematic. Social and environmental dumping are foundations of disposable technology. Precarious employment and exposure to pollutants can be observed in extraction, assembly and waste management linked to the electronics industry across the globe. In Europe, consumers are frustrated with the short lifetimes of devices, and European businesses working in value retention (repair, refurbishment, and reuse) face unnecessary barriers.

Our own analysis, confirmed by a subsequent study led by the European Economic and Social Committee, has shown that extending the lifetime of Europe’s smartphones by just one year would save 2.1 million tonnes of CO2 equivalents annually, which is comparable to taking one million cars off the roads.

The ecodesign framework is the best available instrument to increase the lifetime and improve the sustainability of smartphones. The recent inclusion of repair provisions for household appliances under ecodesign has set a welcome precedent to build on and should be extended to other products. While including smartphones and other ICT products was already considered in the 2016-2019 Ecodesign Work Plan, it has regrettably not led to any concrete initiatives. This lack of regulatory action was criticised by the European Parliament in the past and once again in its response to the European Green Deal communication. Addressing the environmental impact of electronics has, furthermore, been highlighted as a crucial future development by the Council in its recent Conclusions on circular economy.

The European Green Deal includes the ambition to improve the circular performance of electronics, supporting repairability and curbing “built-in” obsolescence. This sets a necessary tone for policy, but it should be stressed that these objectives will not be met through take-back schemes or recycling targets which will fail to address the underlying drivers of waste. Likewise, voluntary approaches that have been tried in the past are unlikely to achieve the desired results as they continue to perform badly for other products – most notably printers and set top boxes.

This is why we ask for the universal right to repair, requiring manufacturers to make repairable devices, provide access to spare parts, repair information and long-term security updates to all repairers and consumers. Europe must establish ambitious and robust ecodesign requirements for consumer ICT products, starting with a commitment on smartphones as the most urgent product in need of regulation.

On behalf of over 38 NGOs across Europe, we urge you to commit to the swift development of minimum requirements for the design and after-sales support of smartphones, duly reflecting this in the forthcoming Circular Economy Action Plan as well as the Ecodesign Work Plan 2020-2024. This should, furthermore, be part of a broader strategy aimed at encouraging reuse, repair, and remanufacturing activities in support of the EU’s climate objectives, with other ICT products (e.g. computers, printers and data centres, as well as smaller devices such as e-readers, tablets, and speakers) being addressed as a priority.